Let them take off their helmets, and they will come.

He says they will show up for the Laughlin River Run, Reno Street Vibrations and every other biker rally, stay at the finest hotels and gamble away fortunes.

At the same time, a helmet-free state will spawn greater local interest in riding. More motorcycle dealerships will open.

The economy will begin to boom if Nevada repeals its helmet law, he predicts.

"Mine is the only bill that will create new jobs and revenue for Nevada without raising taxes," said Gustavson, R-Sparks, during a Senate Transportation Committee hearing last week.

The hearing attracted dozens of motorcycle riders who want the law thrown out and a large contingent of police who prefer the status quo.

Motorcycle dealers and the Laughlin River Run coordinator aren't as optimistic as Gustavson. Although they favor the proposal, they say changing the law would only bring slight increases in business.

And based on what happened in Florida after it repealed its helmet law, Nevada also could see an increase in motorcycle rider deaths.

Gustavson wants to amend his Senate Bill 177 to make it effective upon passage and approval. The Laughlin River Run is April 27 to May 1, and he hopes those riders won't have to wear helmets.

According to the Greater Johnstown Convention & Visitors Bureau, attendance at the Thunder in the Valley motorcycle rally in Pennsylvania increased by 30,000 following that state's repeal of its helmet law. The rally is held each June.

"I think a 30 percent to 40 percent increase in the first year is realistic," Gustavson said. "Five percent a year after that."

Joe O'Day, coordinator of the Laughlin River Run, expects a slight, but not substantial, increase in attendance if riders don't have to wear helmets. Attendance at last year's event was 50,000, down from the peak of 70,000 before the recession hit Nevada.

"From a public relations standpoint, it would be a big boom," O'Day said. "From a safety standpoint, helmets are safer than riding without them. But riders strongly feel they should have the right to choose."

Nationally, the median age of a motorcycle rider in 2007 was 48, compared with 24 in 1980, according to Karen Juranski, vice president of the ABATE of Southern Nevada.

"I read an article that referred to us as 'rebels with disposable income,' " Juranski said. "We all know disposable income runs this state. The average motorcycle rider today is an older, educated person who has money. Shouldn't we make the decision whether to wear a helmet?"

ABATE is an organization for motorcycle enthusiasts in many states that has advocated for decades for the repeal of helmet laws. It now stands for A Brotherhood for Active Education, although initially it meant A Brotherhood Against Totalitarian Enactments.

Gustavson, typically the lone rider on the issue in past sessions, has allies in his 2011 effort to repeal the helmet law.

"We have enough votes to get it out of the committee and get it out of the Senate," Gustavson said. "I haven't polled the other house yet. Maybe the time is right. Gas prices are going up and more people will be riding. This is good for the economy and will give us our freedom back."

But Chairwoman Shirley Breeden, D-Henderson, isn't so sure the bill will pass.

Breeden said she wants to hear from the insurance industry before scheduling a vote.

The Automobile Association of America sent a letter in opposition, but did not have a representative at the hearing. The high cost of medical care for uninsured riders injured in accidents has been a primary reason why the bill failed in previous sessions. 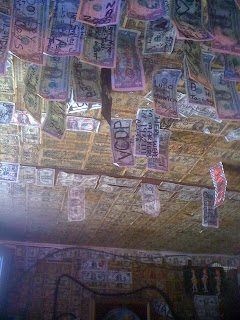 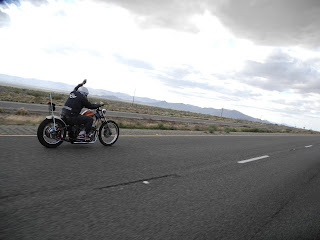 SpitFire high and tight pipes on sale for just. . . .

These pipes are mandrel bent, and ceramic coated for a bullet proof finish. High N Tights come complete with heat shield, and all mounting hardware. Available now for all Evo Sportster models. Like all of the parts in the Spitfire arsenal, they are made in our shop right here in the USA!


FYI: It has come to our attention that an outbreak of L.A.M.E. is spreading through the motorcycle community. If you, or someone you know has been installing parts imported from outside the United States on their bike, they may be a victim of L.A.M.E. Please help us stop the entire bike culture wold from becoming a bunch of L.A.M.E.s by only using American Parts!
Posted by B.M.G. at 11:30 AM 2 comments:

Pretty much EVERYTHING Paul makes is Rad. . . .
check out and buy his Sh*t. .

so this is what i was told. .
the Vans tour is rolling through with:
tony alva and john cardiel oh and bryan herman
and the vans van..


We are the VEGAS CREW from the DEVIL'S PLAYGROUND. We are a close family of riders united by our passion for motorcycles. We are a riding, wrenching and party crew that does not discriminate against any motorcycle types or brands, farm animals, midgets, amputies or dead people but not dead midget amputie farm animals..thats just gross but we do promote the underground/garage builder scene. We respect and support each other as brothers both within the crew and in life.

We strive to have a support group of friends that ride, party, and wrench with us on occasion. Vegas Crew respects all cultures, ethnicities, and ages as reflected by the members within our own crew. We ride as much and as far as we can and find that some of the best times are spent on the side of the road.....with your mom.

Vegas Crew was born in Southern Nevada and currently has no plans of growing outside the area. Come hang with us and in the famous words of one of our own "You'll leave ashamed and violated" here in the DEVIL'S PLAYGROUND!!!


I ride because it is fun. I ride because I enjoy the freedom I feel from being exposed to the elements, and the vulnerability to the danger that is intrinsic to riding. I do not ride because it is fashionable to do so. I ride my machine, not wear it. My machine is not a symbol of status. It exists simply for me, and me alone. My machine is not a toy. It is an extension of my being, and I will treat it accordingly, with the same respect as I have for myself. I strive to understand the inner-workings of my machine, from the most basic to the most complex. I will learn everything I can about my machine, so that I am reliant upon no one but myself for its health and well being. I strive to constantly better my skill of control over my machine. I will learn its limits, and use my skill to become one with my machine so that we may keep each other alive. I am the master, it is the servant. Working together in harmony, we will become an invincible team. I do not fear death. I will, however, do all possible to avoid death prematurely. Fear is the enemy, not death. Fear on the highway leads to death, therefore I will not let fear be my master. I will master it. My machines will outlive me. Therefore, they are my legacy. I will care for them for future bikers to cherish as I have cherished them, whoever they may be. I do not ride to gain attention, respect, or fear from those that do NOT ride, nor do I wish to intimidate or annoy them. For those that do not know me, all I wish from them is to ignore me. For those that desire to know me, I will share with them the truth of myself, so that they might understand me and not fear others like me. I will never be the aggressor on the highway. However, should others mess with me, their aggression will be dealt with in as severe manner as I can cast upon them. I will show respect to other bikers more experienced or knowledgeable than I am. I will learn from them all I can. However, if my respect is not acknowledged or appreciated, it will end.I will not show disrespect to other bikers less experienced or knowledgeable than I am. I will teach them what I can. However, if they show me disrespect, they will be slapped. It will be my task to mentor new riders, that so desire, into the lifestyle of the biker, so that the breed shall continue. I shall instruct them, as I have been instructed by those before me. I shall preserve and honor traditions of bikers before me, and I will pass them on unaltered. I will not judge other bikers on their choice of machine, their appearance, or their profession. I will judge them only on their conduct as bikers. I am proud of my accomplishments as a biker, though I will not flaunt them to others. If they ask, I will share them. I will stand ready to help any other biker that truly needs my help. I will never ask another biker to do for me what I can do for myself. I am not a part-time biker. I am a biker when, and where ever I go. I am proud to be a biker, and hide my chosen lifestyle from no one. I ride because I love freedom, independence, and the movement of the ground beneath me. But most of all, I ride to better understand myself, my machine, the lands in which I ride, and to seek out and know other bikers like myself. -Anonymous-